Erectile Dysfunction (ED), also referred to as ‘impotence’, is a difficulty or complete inability to develop and maintain an erection. It’s a condition that affects 20 to 30 million American men and is most prevalent in those who’re aged 50 or above.

While occasional erectile dysfunction is quite common and is often experienced by men during times of stress, frequent ED can be indicative of health problems that require treatment.

There’s a wide variety of options available when it comes to treating and preventing erectile dysfunction. These include commonly used drugs such as Sildenafil (Viagra) and Vardenafil (Levitra) and surgical procedures such as penile implants.

However, new research has come to the fore which suggests that the condition can be successfully reversed by focusing on lifestyle factors and all-natural ED remedies.

So, if you’re suffering from ED and are looking for all-natural, non-invasive solutions to improving your condition, you’re just at the right place.

This blog post will provide a comprehensive answer to the question: “how to cure erectile dysfunction naturally and permanently?”

What Will You Learn? 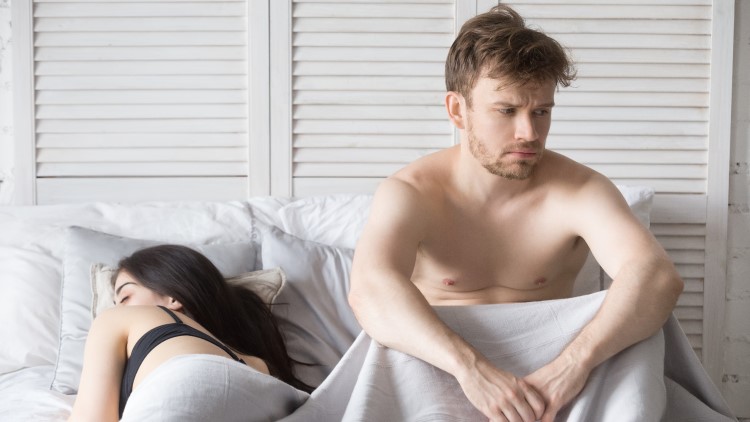 While studies reveal that the risk of erectile dysfunction increases with age, the condition is by no means an inevitable consequence of aging.

On the contrary, most men who have ED retain the ability to achieve an orgasm and father a child. The condition just makes it difficult for them to do so.

ED often has an adverse effect on your sex life and can lead to additional problems such as stress, depression and low self-esteem. In order to get to the root of why you may be experiencing ED, it’s important to understand the most prevalent potential causes behind the condition.

There’s a variety of nervous and neurological disorders which can make you more susceptible to erectile dysfunction. Ailments which affect the nervous system impact the brain’s capability of communicating with the reproductive system, which can potentially prevent you from developing and/or maintaining an erection.

Neurological conditions that have been found to have a direct relation with erectile dysfunction include:

Nerve damage resulting from prostate surgery can also lead to erectile dysfunction. Moreover, activities such as long-distance bike riding can also contribute to ED as repeated and prolonged pressure on the genital area can adversely affect the functioning of the nerves.

The endocrine system in the body is responsible for producing hormones that regulate reproduction, sexual function, mood, metabolism, and a lot more.

For instance, diabetes is an endocrine disease which can cause you to experience erectile dysfunction, as it hinders the body’s ability to use the hormone insulin.

Nerve damage is one of the most common complications associated with chronic diabetes, and it also impacts penis sensations. Impaired hormone levels and blood flow are two of the other major problems caused by diabetes. Both of these are known contributors to erectile dysfunction.

There are certain medications which impact the flow of blood in the body, thereby leading to erectile dysfunction.

However, if you’re on any medication, you shouldn’t cease taking it unless your doctor expressly tells you to do so, even if it’s known to lead to ED. Some medications that are known for causing ED include:

Cardiac conditions that affect the heart’s ability to pump blood well can also lead to erectile dysfunction. If the blood flow to the penis is restricted, you’ll definitely encounter problems in achieving an erection.

Examples of such conditions include atherosclerosis, in which the arteries become clogged. Furthermore, hypertension and high cholesterol have both been associated with ED and considered as potential causes of ED as well.

Anxiety and depression are two of the psychological conditions that have been associated with an increased risk of erectile dysfunction. Depression-induced fatigue is also another potential cause of ED.

Furthermore, excessive alcohol consumption, smoking and abusing drugs such as amphetamines and cocaine have been associated with erectile dysfunction as well. 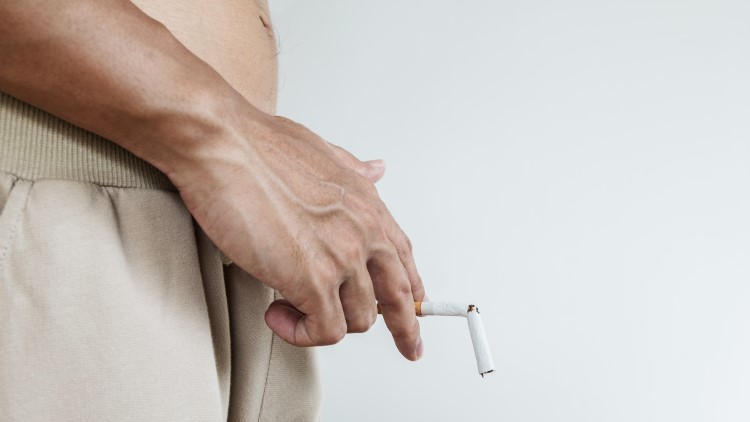 If you’re among the men who’re looking for erectile dysfunction cures that are safer and more affordable than over-the-counter pills and penile implant surgery, then we’ve got good news for you.

In addition to some specific lifestyle changes and therapies, there is a wide variety of all-natural herbs and remedies that can be effectively used to reverse the effects of erectile dysfunction. We’ll list and discuss them in detail below.

Lifestyle Changes to Improve Your ED

These range from performing specific exercises to quitting destructive habits such as smoking, excessive drinking, and drug abuse.

A study conducted at the University of the West, UK, in 2007 discovered that pelvic exercises helped 40% of men with ED completely restore normal erectile function, and helped a further 33.5% improve erectile function significantly.

This shouldn’t come as a surprise as pelvic floor exercises are designed to strengthen the muscles in the pelvic floor – muscles which play a crucial part in helping you achieve and maintain an erection.

Furthermore, strengthening muscles outside of the pelvic floor can also help in improving erectile function. For instance, the American Journal of Cardiology suggests that aerobic exercises can also be beneficial in restoring normal erectile function.

Aerobic exercises, or even things like just going for a long walk more often, can bring about a significant improvement in your cardiac health and increase blood flow in your body. This increased blood flow, of course, includes flow to your penis.

A healthy diet is always important for your health, and it can also help your ED. Avoid unhealthy and processed foods and try to add more greens and vitamins to your diet. It can really go a long way in restoring normal erectile function.

While certain foods can definitely help you with your erectile dysfunction, the actual scientific research to support this is anecdotal at best. However, there are countless individuals who swear by their effects. Foods that have been found to increase sexual drive include: 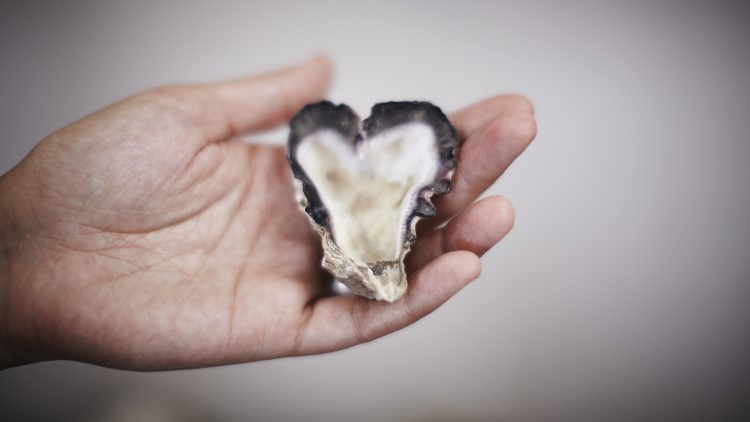 The health risks of smoking are well-documented. In addition to almost every other part of your body, smoking also affects your reproductive system.

The chemicals contained in cigarette smoke damage the lining of the blood vessels and impair their function, including those found in the penis.

So, even if the nervous system is effectively relaying the arousal signals from the brain, you may not be able to achieve or maintain an erection because of damaged blood vessels in the penis.

Alcohol’s relation to erectile dysfunction is quite simple to explain. Alcohol is a known depressant, and consuming it in excessive quantities can significantly decrease sexual drive, heavily dampen mood, thereby making it more difficult to achieve an erection.

This doesn’t mean that you have to eliminate alcohol from your life completely. It’s just advisable to take it in moderation.

How your brain signals your body’s physical responses can also be impacted by mental health conditions such as anxiety and stress.

When it comes to achieving and maintaining an erection, anxiety, and stress can interfere with how your brain communicates with your penis to allow the extra flow of blood.

If you’re experiencing ED and also suffer from stress, anxiety or other mental health conditions, there’s a high chance the two problems are interlinked. Seeking cognitive behavioral therapy could bring about an improvement in your ED.

Getting a sufficient amount of sleep is crucial for maintaining optimum levels of testosterone, which also impacts your ability to develop and maintain an erection.

Moreover, insufficient sleep leads to increased secretion of endothelin-1, a highly-potent blood vessel constricting compound, in the body. Consequently, the blood flow to reproductive organs is decreased which leads to erectile dysfunction.

Therefore, the proper amount and quality of sleep are vital for optimum sexual performance. 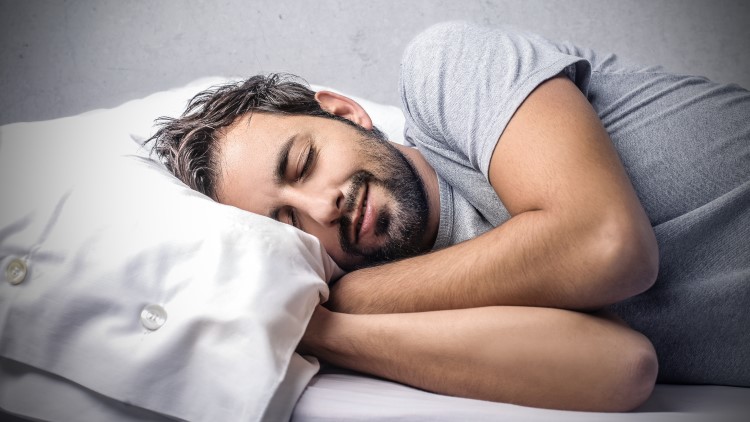 The Natural Supplements or Remedies That Could Help Cure ED

Before drugs such as Viagra and Levitra came to the fore, men mostly relied on all-natural remedies for ED – and to great effect as well.

Herbal ED medicines have been known to be as effective as over-the-counter drugs but without the adverse side-effects. Here are some natural home remedies that can help you cure erectile dysfunction.

For centuries, Korean red ginseng has been regarded as a highly potent stimulant for male sexual function. This perennial plant is considered as an adaptogen, which means that it can effectively help a body acclimatize to environmental stress, such as anxiety and injury. Furthermore, ginseng is also known to prevent cell damage in the body.

Another ancient herbal ED medicine, Yohimbine works by blocking the receptors that prevent erections. It also increases the release of nitric oxide in the body, which leads to the dilation of blood vessels and thereby increases blood flow to the sexual organs.

Originally known as an effective herbal medicine for treating cognitive decline, gingko has also been used for treating erectile dysfunction – particularly in cases where the condition was caused by the usage of certain antidepressants.

Gingko improves erectile function by increasing the blood flow to the penis. However, side-effects such as increased blood pressure and irregular heartbeat have been associated with gingko, and therefore, it should be only used on recommendation and under the supervision of a doctor. 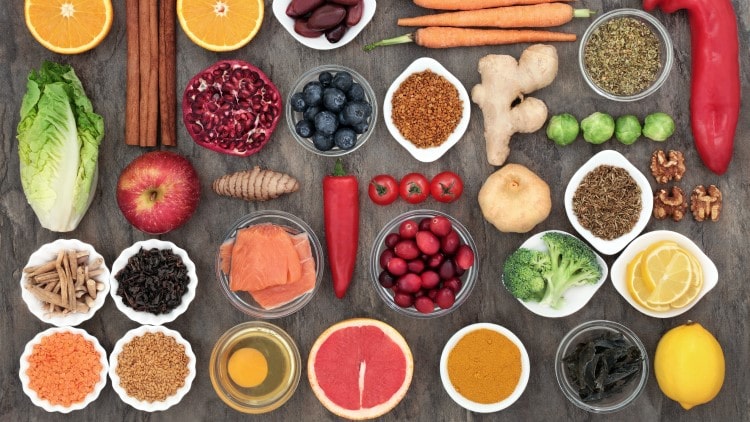 Testosterone is vital for normal sexual function and a healthy libido, and many ED patients have been diagnosed to have low testosterone levels.

Supplements with DHEA, a hormone that’s converted into testosterone by the body, can be effective in some erectile dysfunction cases.

L-arginine is an amino acid which naturally occurs in food. By boosting the production of nitric oxide in the body, L-arginine dilates the blood vessels and increases blood flow to the penis, thereby making it easier to achieve an erection.

Thanks to advances and innovations in natural medicine, there are all-natural products available that are formulated with a wide variety of natural ED supplements.

One example is Viasil, which contains numerous herbal ingredients such as ginseng, pomegranate juice, gingko, citrus sinensis, and zinc which aren’t only highly effective but also don’t have any adverse side-effects. 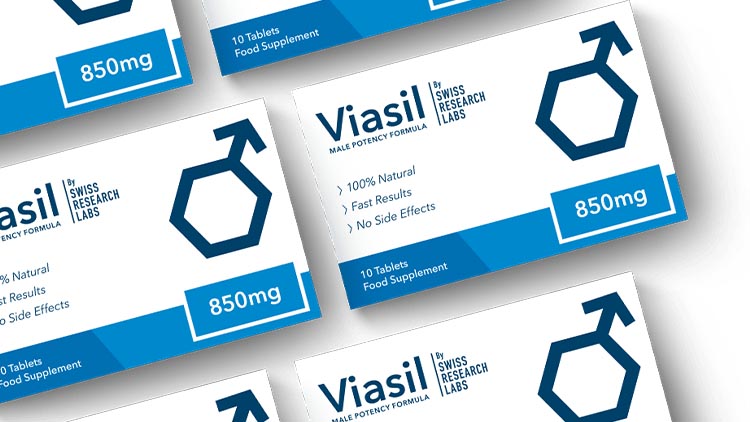 Natural Therapies That Can Help With ED

In addition to herbal remedies and supplements, natural therapies such as acupuncture can be highly beneficial for treating erectile dysfunction.

As we’ve mentioned, erectile dysfunction can be caused by a variety of factors – from emotional or psychological problems to actual physical damage.

By “needling” pain from various parts of the body, acupuncture can effectively enhance blood flow and improve the mental state of the patient, making it easier for them to achieve and maintain an erection.

We hope that this blog post has adequately answered the question “how to cure erectile dysfunction naturally and permanently?” However, as we’ve discussed at length, the factors contributing to ED can vary wildly.

While herbal therapies and medicines can certainly help in overcoming the condition, its best to consult with your doctor before embarking on any course of treatment.

Improve Your Performance In Bed

What Is Edging – Orgasm Control And Other Sex Benefits

How to Increase Low Sex Drive in Men Naturally

How to Use Panax Ginseng for ED?

We use mouth masks when packing your order.

We use medical grade hand sanitizer regularly and gloves when packing.

Our delivery services use no-contact drop-off.